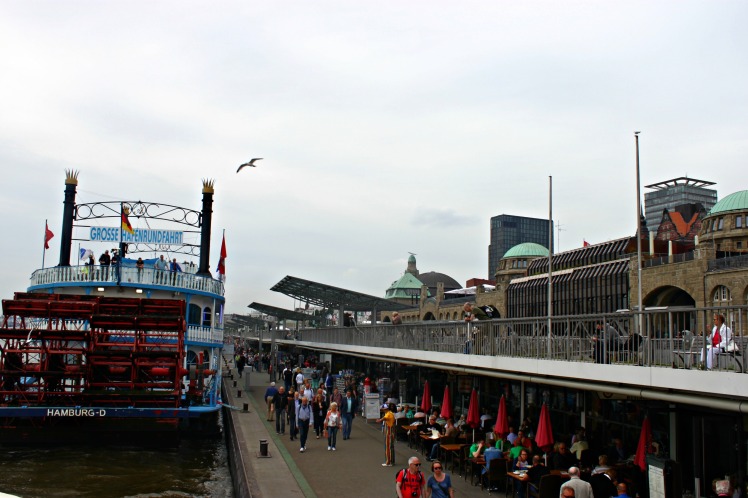 Greetings friends, thanks for dropping by! Today I’m excited to share about my recent experience in the german port city of Hamburg. Although it is the second largest city in Germany, it seems less well known than other cities like Munich and Berlin. I myself didn’t know much about it, which makes me all the happier I visited, because it is truly a gem. My friend from home joined me as part of her two month Pan-Europe adventure, which made the weekend extra special. Keep reading as I attempt to convince you to add Hamburg to your next travel itinerary!

Speicherstadt First thing Friday morning, we took the underground to the Speicherstadt, an area of canals lined with warehouses from the late 19th/early 20th century. They continue to serve the bustling port of Hamburg today, and are as beautiful as they are functional. Confession: I may or may not have pretended to be in a historical romance movie while wandering through the area. Fun fact: Hamburg has more bridges then Amsterdam and Venice combined!

St. Michael’s Kirche Whenever I visit a large city, I like to climb up to a view point to get a better idea of the layout of the city as a whole. The tower of St. Michael’s Kirche (church) provided the perfect outpost! We opted to take the elevator to the top instead of the stairs (#noregret) and were not disappointed by the panoramic views. 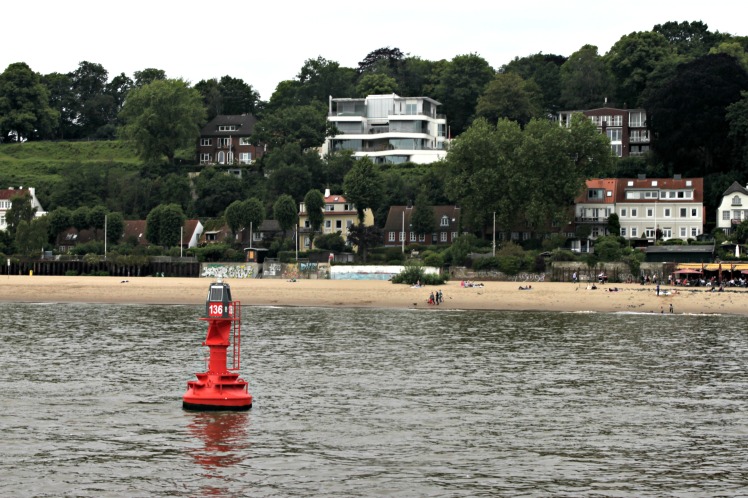 Landungsbrücken & Blankenese Next, we made our way to the main pier for passenger ships, called Landungsbrücken. It is situated on the Elbe river and is a major point of transportation for many of the city’s residents. We hoped on a commuter fairy because it was the cheapest option, and sailed up river to the neighborhood of Blankenese. Blankenese is the equivalent of Fifth Avenue in New York City or The Strand in Manhattan Beach- ornate, grandiose mansion line the beach front streets, each with a unique style and story. We loved strolling around and looking at the architecture! 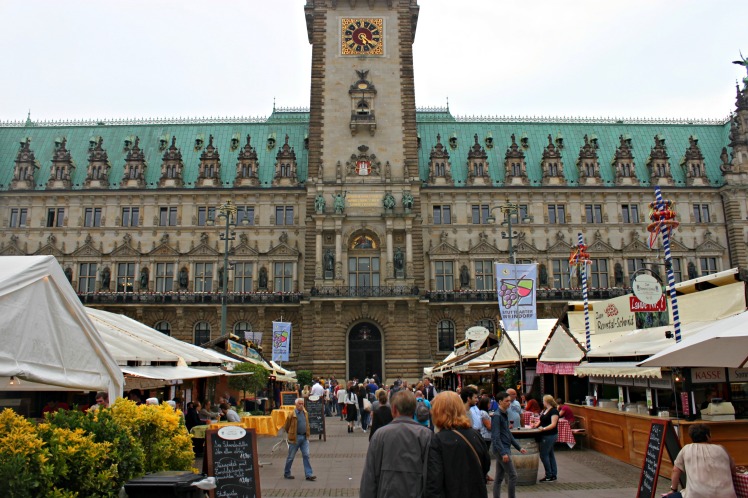 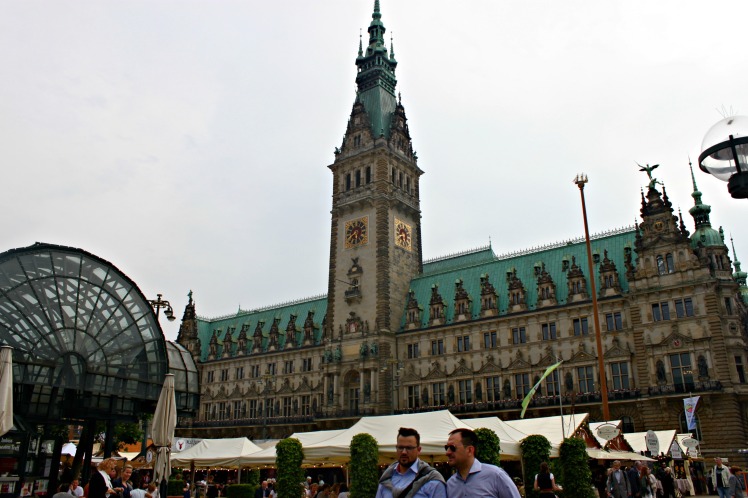 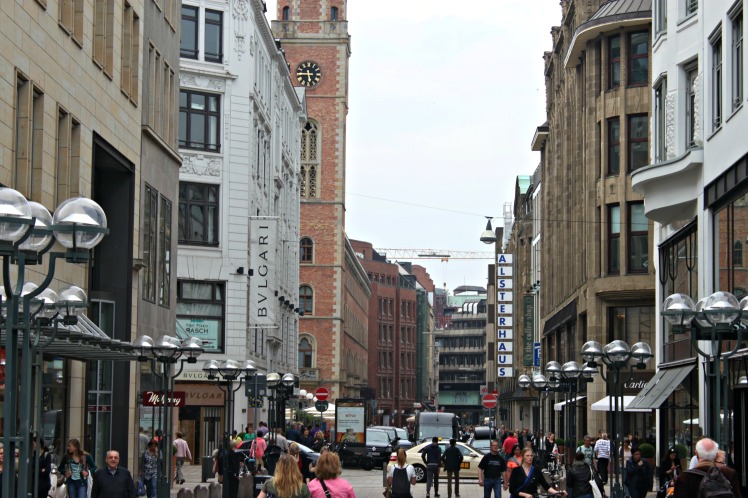 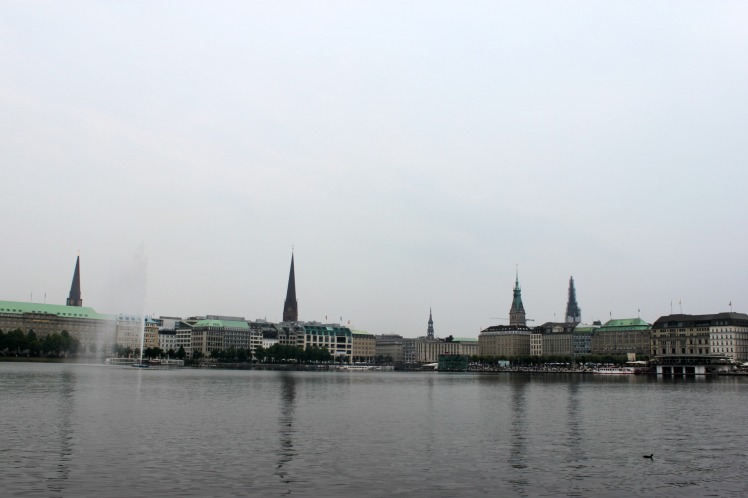 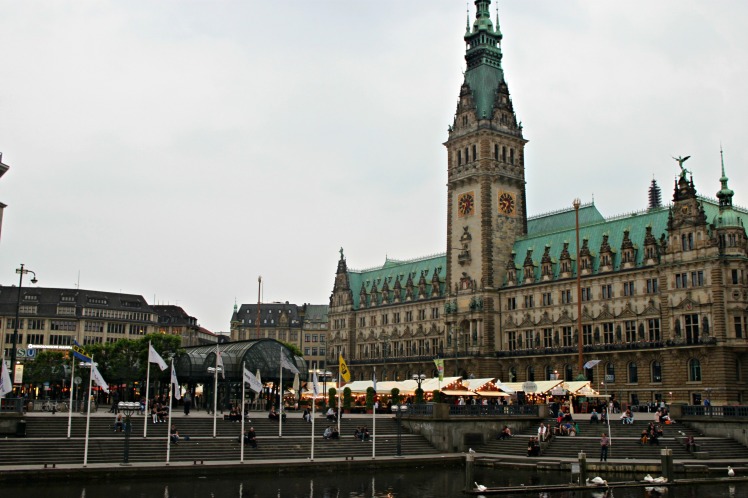 Rathaus & Alster The Rathaus, or city hall, is that incredibly designed building in the picture above. I adore the green patina roof and central clock tower, don’t you? The Rathaus is smack dab in the part of the city called the Alster, named after the Alster river that runs through it, forming two large lakes. The atmosphere in this area was electric- people shopping, eating, and exploring. We did a bit of window shopping, ate at the weekend market in front of the Rathaus, and then took a stroll around the lake to work off said food. 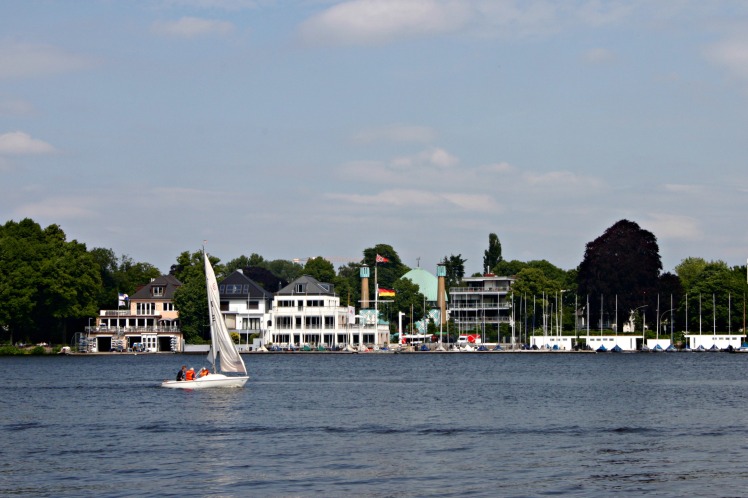 Breathing in the salty sea air and having deep conversations with an old friend was just what this California girl needed! Thanks Hamburg, you spoiled us!

So, have I done it? Are you ready to book a flight to Hamburg? I will join you there, because one weekend just wasn’t enough time. Speaking of time, I’d better be off. I can’t wait till we meet here again, have a great week friends!

What's on your mind? Cancel reply

I'm Micah, a writer and soft speaker. Thanks for stopping by my little corner of the internet, where I share snippets of my life!